Bringing Systems into the Classroom: Grades 9-12 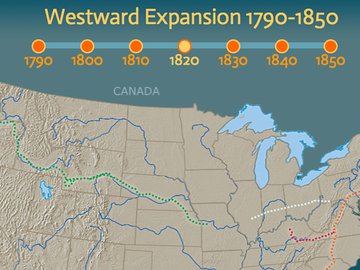 Recommended resources for teaching about systems at the high school level:

And finally, in high school:

In grades 9-12, students can investigate or analyze a system by defining its boundaries and initial conditions, as well as its inputs and outputs. They can use models (e.g., physical, mathematical, computer models) to simulate the flow of energy, matter, and interactions within and between systems at different scales. They can also use models and simulations to predict the behavior of a system, and recognize that these predictions have limited precision and reliability due to the assumptions and approximations inherent in the models. They can also design systems to do specific tasks.

Lesson idea: Ask students to select one of the Westward Expansion maps or another system example from PBS LearningMedia. Then guide them through this process: