“There’s huge potential.... The amount of solar energy reaching the surface of the Earth is 100,000 terawatts. And the amount of energy that civilization is using for all of its purposes today is 17 or 18 terawatts.”
— John Holdren, Former Senior Advisor to President Obama

Coal and natural gas, today’s energy “treasures,” are plentiful in the United States. But because fossil fuels are consumed faster than they can be replaced, they will one day run out. According to the U.S. Energy Information Administration, U.S. coal reserves would last about 250 years and natural gas about 90 years based on 2014 production rates. So new energy treasures may have to come from a less limited source. Two applications for drawing energy from the Sun are leading the way.

Wind is caused by the uneven heating of Earth’s surface. As long as the Sun shines, winds will blow. Wind turbines typically feature a rotor with three large blades mounted on a tower. Inside, a generator converts the energy in moving air into electricity that can be transmitted via power cables to a grid. Larger turbines are often grouped together on “wind farms,” which function like a power plant for large-scale generation. In 2015, wind turbines produced 5 percent of total U.S. electricity generation. Industry estimates suggest wind could generate 10 times more electricity than present U.S. consumption. 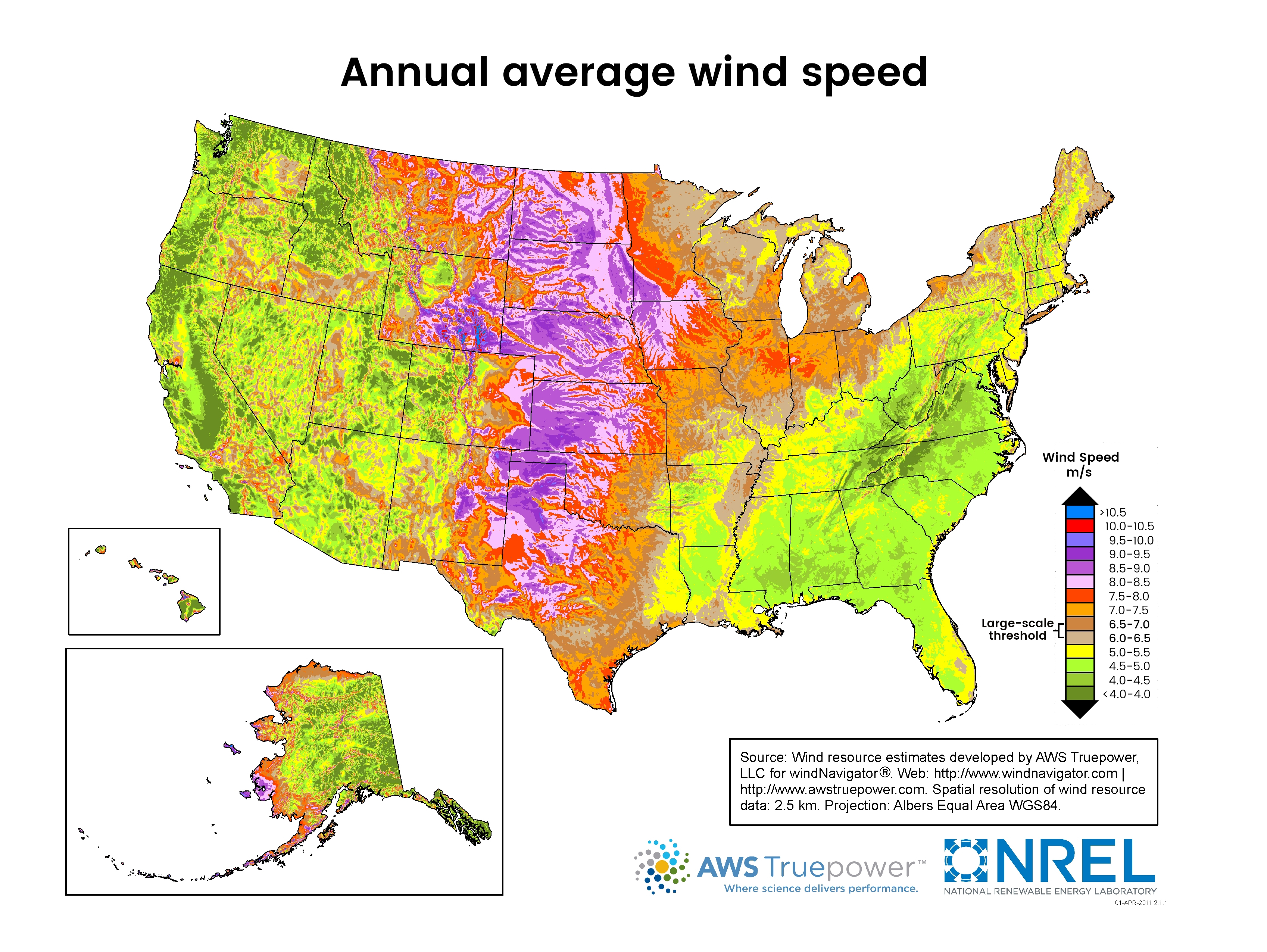 Wind turbines operate in a range of wind speeds. In general, the greater the wind speed, the more power a wind turbine can generate. An annual average wind speed of 6.5 meters per second or more is needed for large-scale generation. Most turbines stand 80 to 100 meters tall (note: map readings were made at 80 meters), although new ones are being built taller to access faster-moving wind higher up.

Solar energy can also be converted into electricity and transmitted to a grid or used as a primary source of power right where it’s generated—for example, on a house, apartment building, store, or factory. This happens through devices called photovoltaic (“foh-toh-vol-tey-ick”) cells that can be wired together in large numbers to form solar panels. Photovoltaic (PV) cells absorb sunlight and convert the energy of loose electrons into electricity. While solar power produced less than 1 percent of total U.S. electricity generation in 2015, its potential is even greater than wind power. 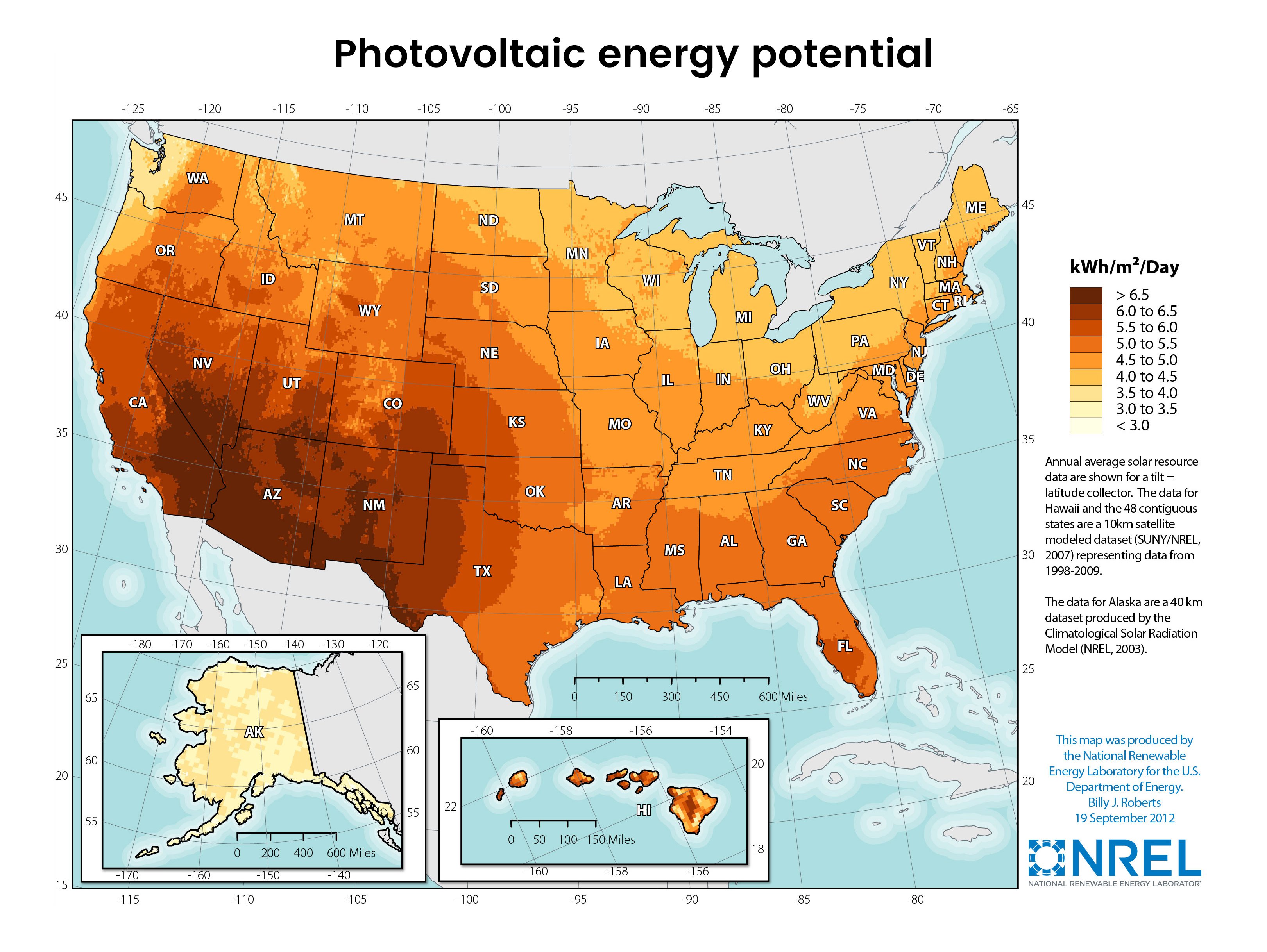 Photovoltaic energy potential is a measure of the amount of electricity that could be produced by a photovoltaic installation in a given area. It corresponds to the level of solar intensity reaching Earth’s surface. On this map, the potential is measured in kilowatt hours per square meter per day. The higher the number, the more energy that solar panels could generate from available sunlight.