Maria would spend a number of years advocating for fellow farmworkers. She would organize strikes for better pay, and carry the plight of farm labor families to audiences large and small, even addressing the same audiences as President John F. Kennedy, Dr. Martin Luther King, Jr. and former First Lady Eleanor Roosevelt. In this way, a woman with no more than a second-grade education and a mother of 12 became a powerful history maker.

Eventually, political in-fighting would bring Maria’s role in the farmworker movement to an end, as it did for AWOC itself. However, the fight in the fields would not end. In fact, it would gather momentum as Cesar Chavez, Dolores Huerta and Gilbert Padilla started what would become the United Farm Workers the same year Maria left the Labor Movement. Maria had helped lay the foundation for justice in farm labor; a struggle that continues to this day, as workers still negotiate livable wages and safe working conditions. 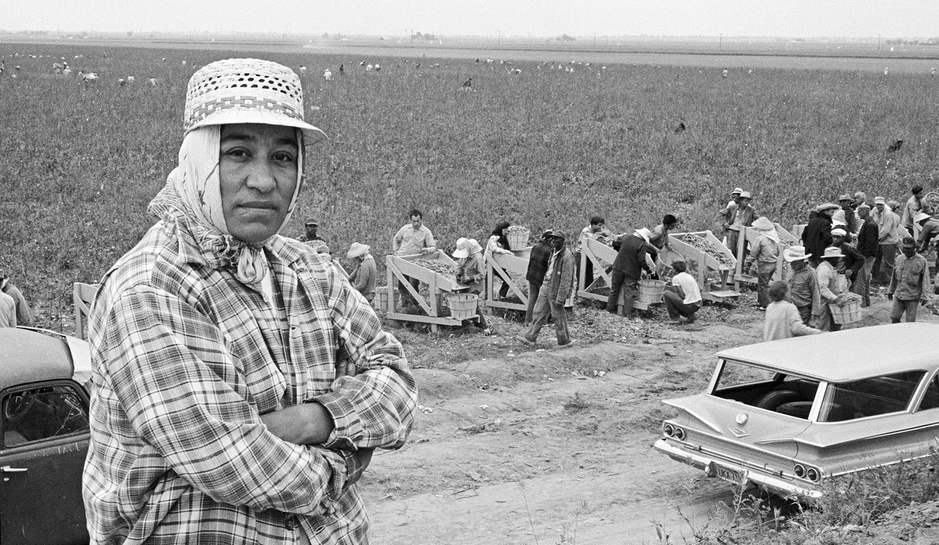 A labor organizer interacts directly with workers, like the farm laborers in this field, in addition to taking their concerns to politicians, business leaders, policy makers and the public.